Pregnancy and lactation, a challenge for the skeleton 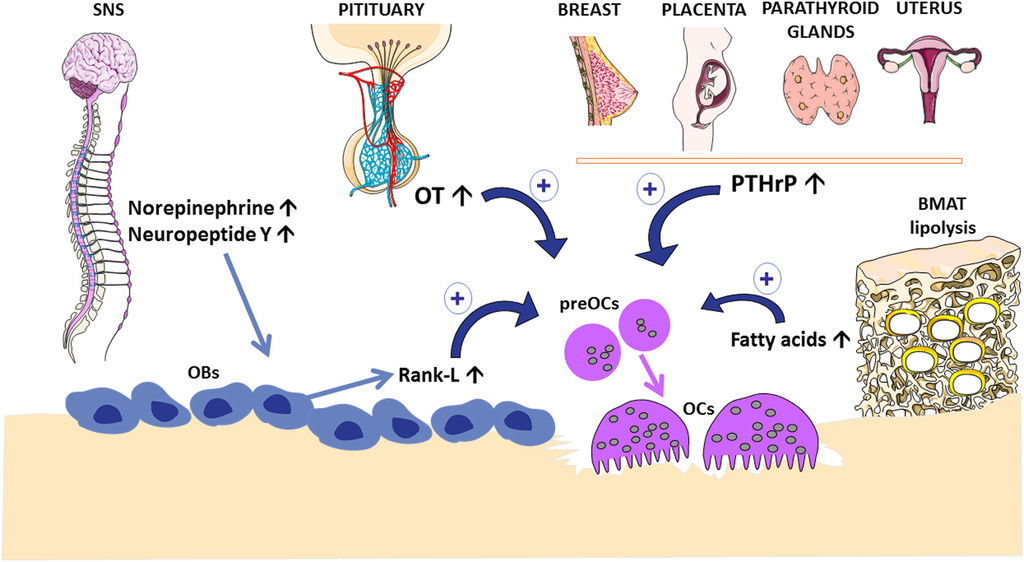 Proposed model for the control of osteoclastogenesis and resorptive function of osteoclast (OCs) during adaptations of the skeleton to the demanding situations of pregnancy and lactation. Parathyroid hormone-related protein (PTHrP), synthesized in the placenta, breast tissue, parathyroid glands and the uterus, is the main actor of increased bone resorption. The increased production of oxytocin (OT) from the posterior pituitary stimulates osteoclastogenesis by acting on the osteoclast precursor (preOCs). The over-activity of the sympathetic nervous system (SNS), which increases release of neurotransmitters such as norepinephrine, stimulates bone resorption through an enhanced RANKL secretion by osteoblasts (OBs). In the bone marrow adipose tissue (BMAT), adipocytes undergo lipolysis to provide fatty acids as an energy source for the increased bone resorption. 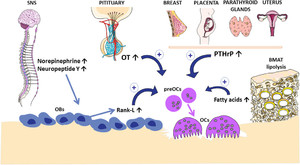