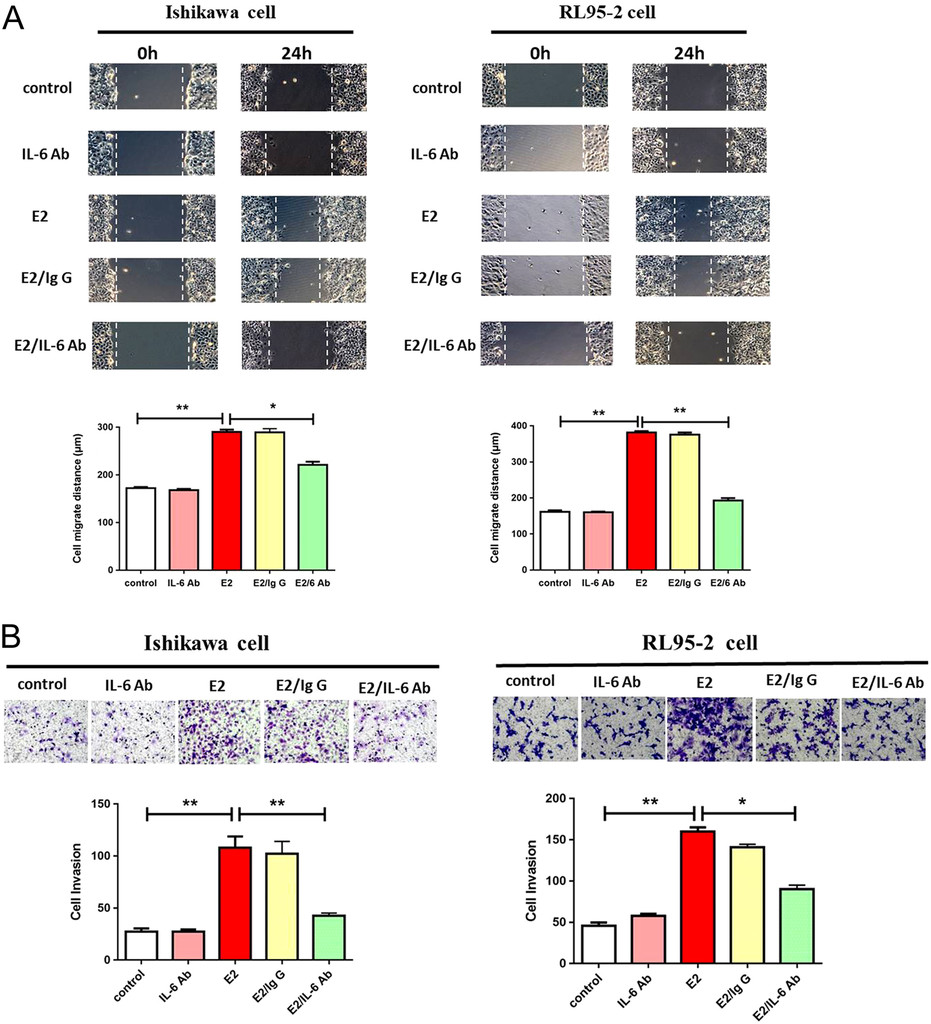 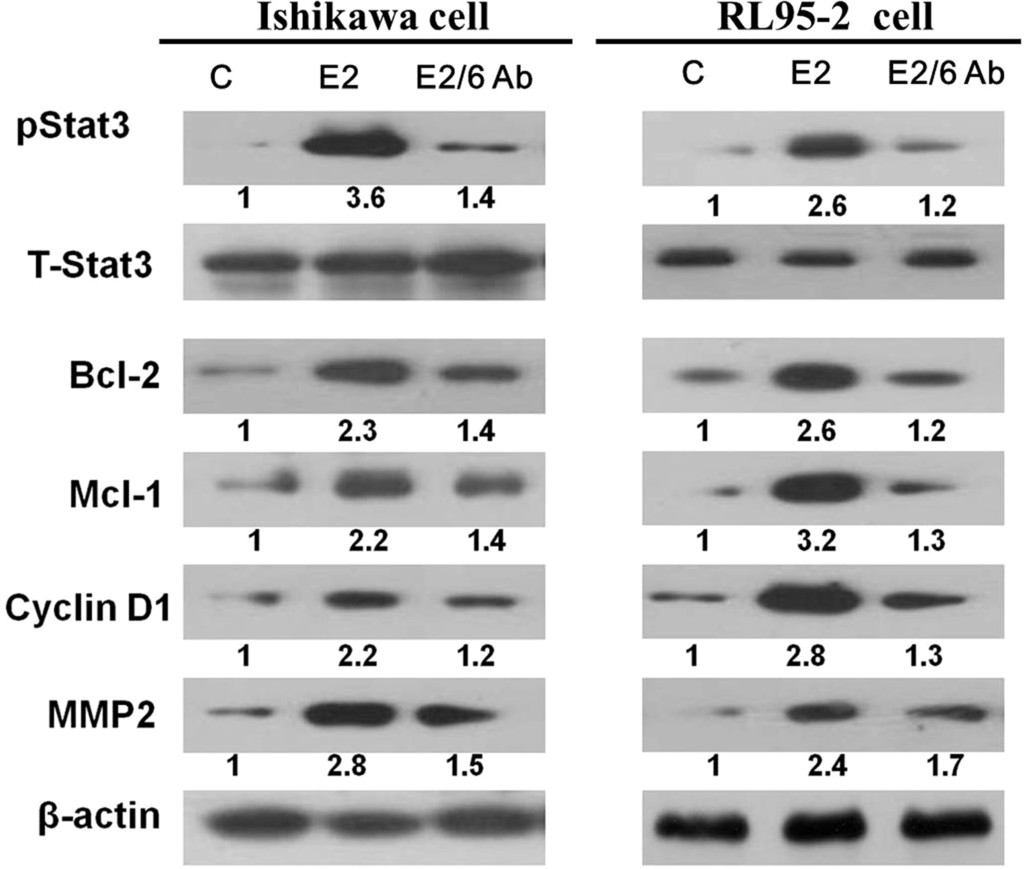 Western blot analysis to measure the phosphorylated and total Stat3 levels and its target genes expression in Ishikawa and RL95-2 cells after treatment with E2 with or without IL-6-neutralizing antibody. 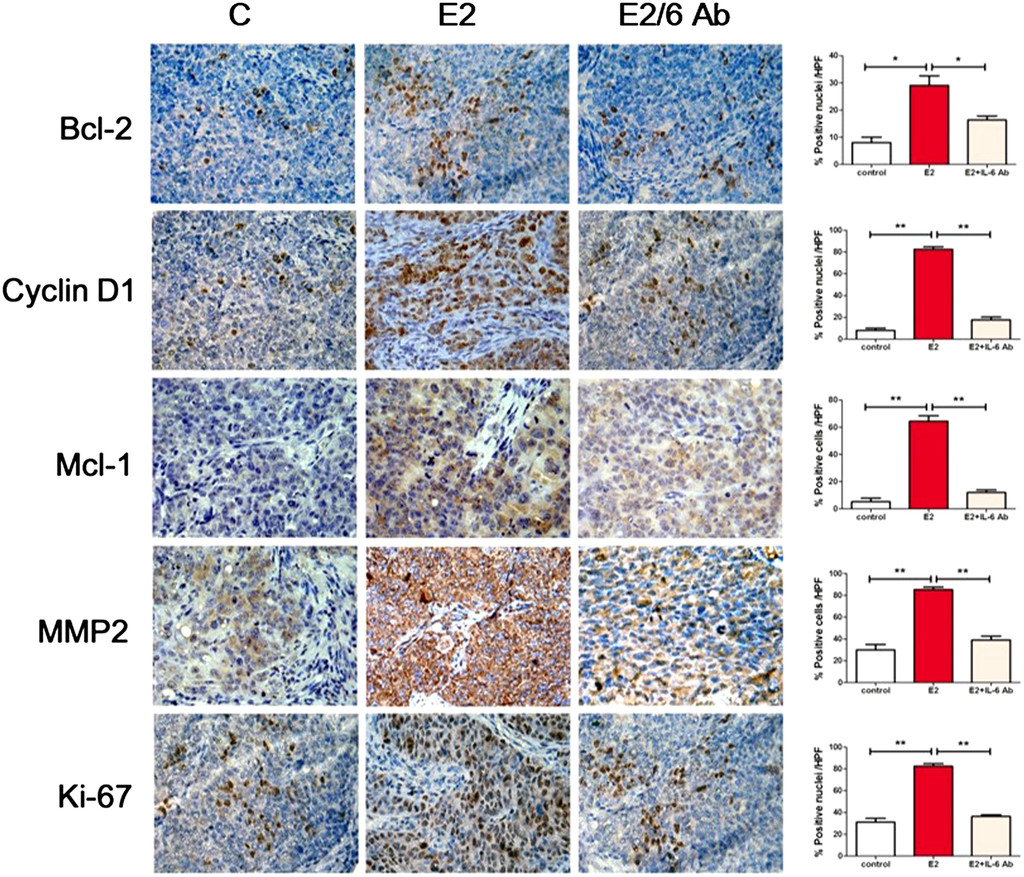 Immunohistochemical studies of Bcl-2, Mcl-1, CyclinD1, MMP2 and Ki-67 expression in tumor samples taken at the time of killing. The percentages of positive staining of were calculated and graphed (right). *P < 0.05, **P < 0.01. 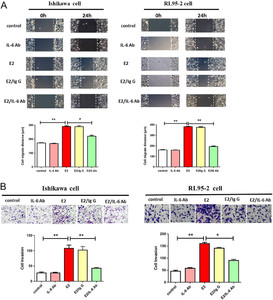 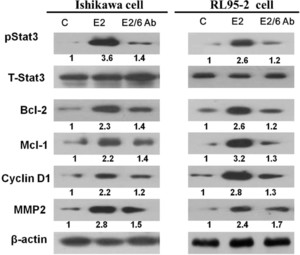 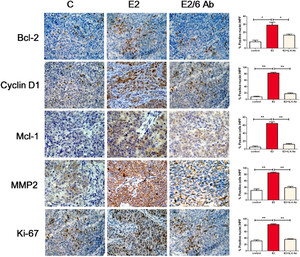