Effects of walking in water on gut hormone concentrations and appetite: comparison with walking on land 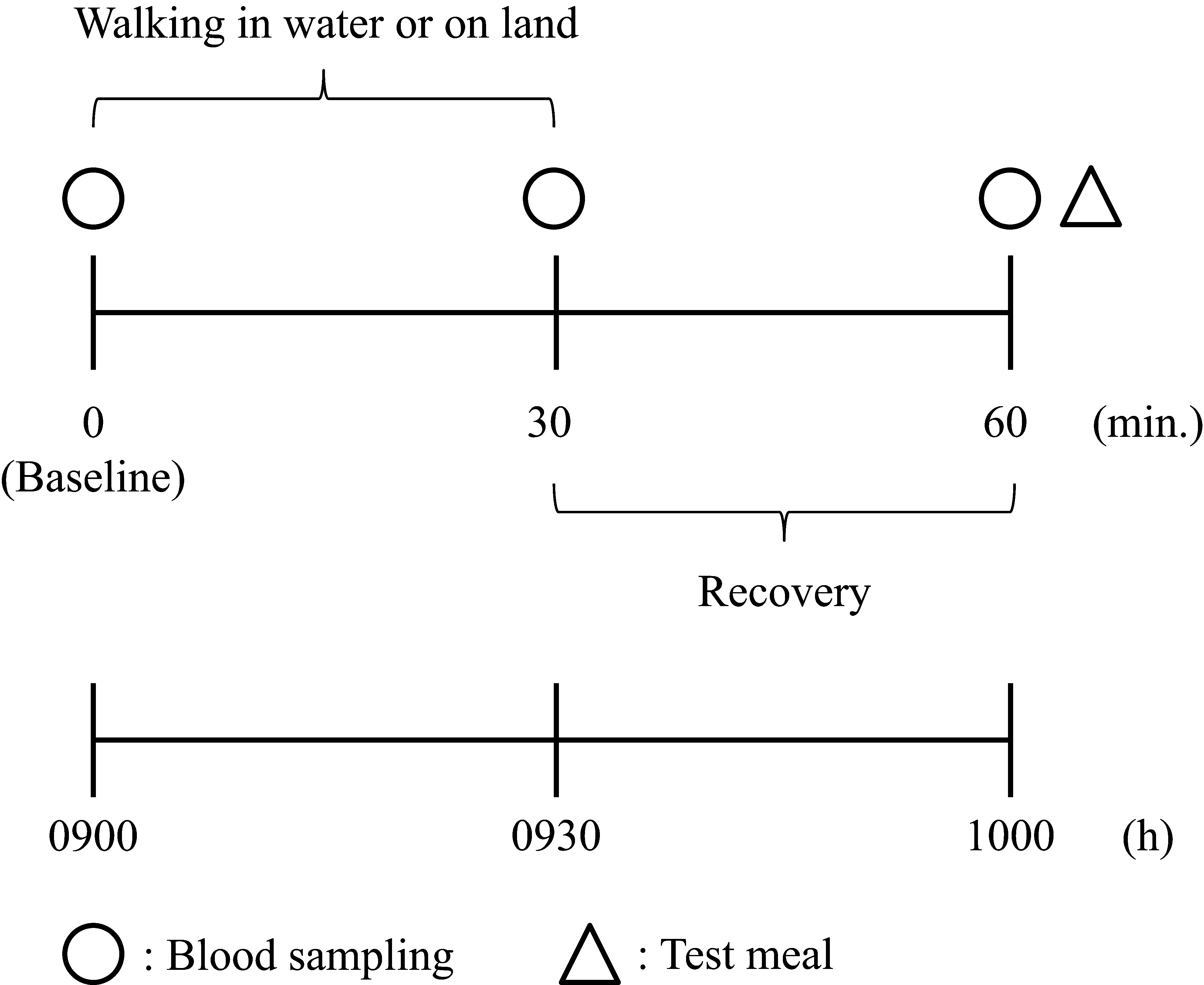 Absolute amount of energy ingested in the test meal (A) and differences in hunger scores (B) during walking in water (○) and on land (●) trials. The mean values ± s.d. of each parameter are presented. *P < 0.05, water vs land trials. 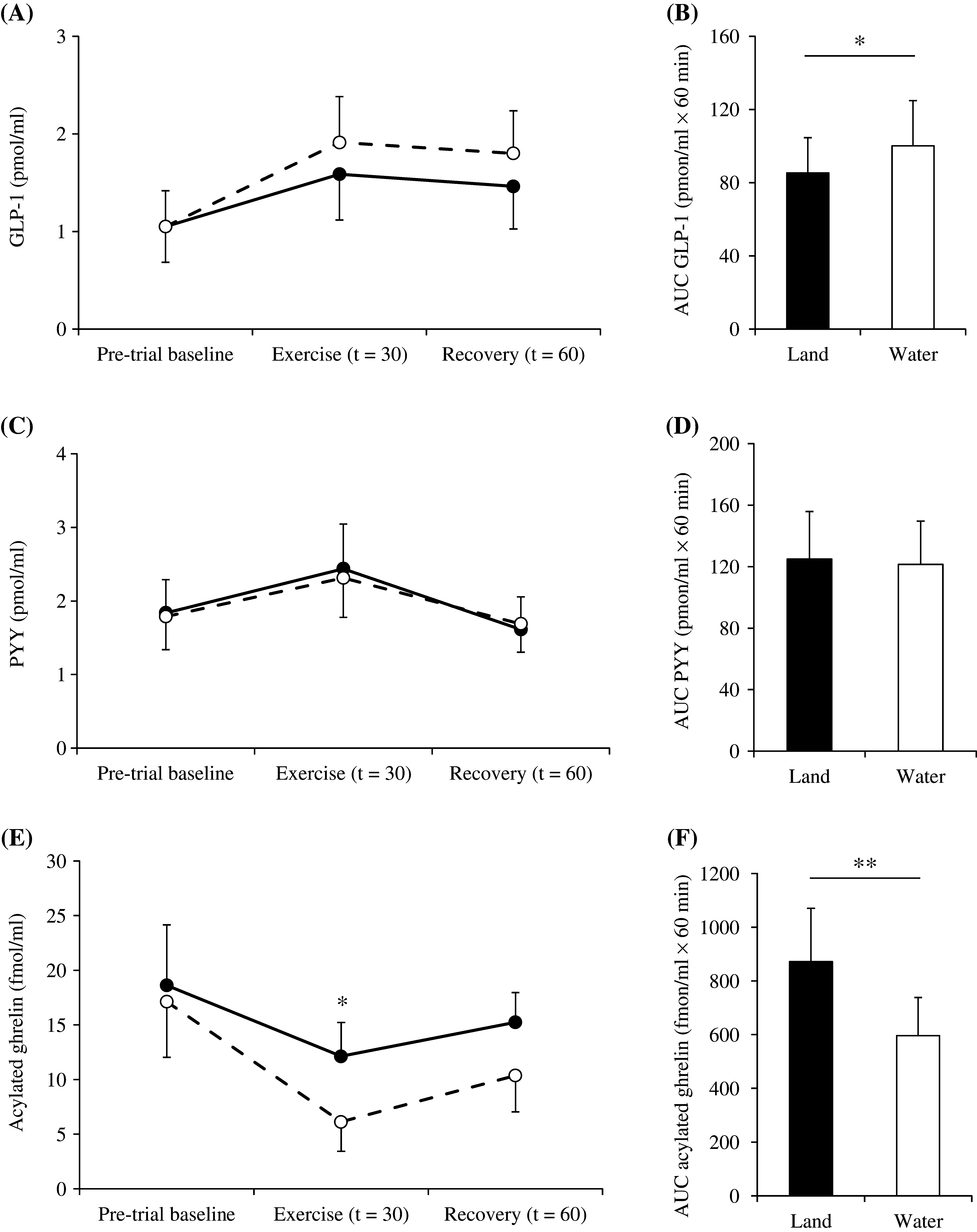 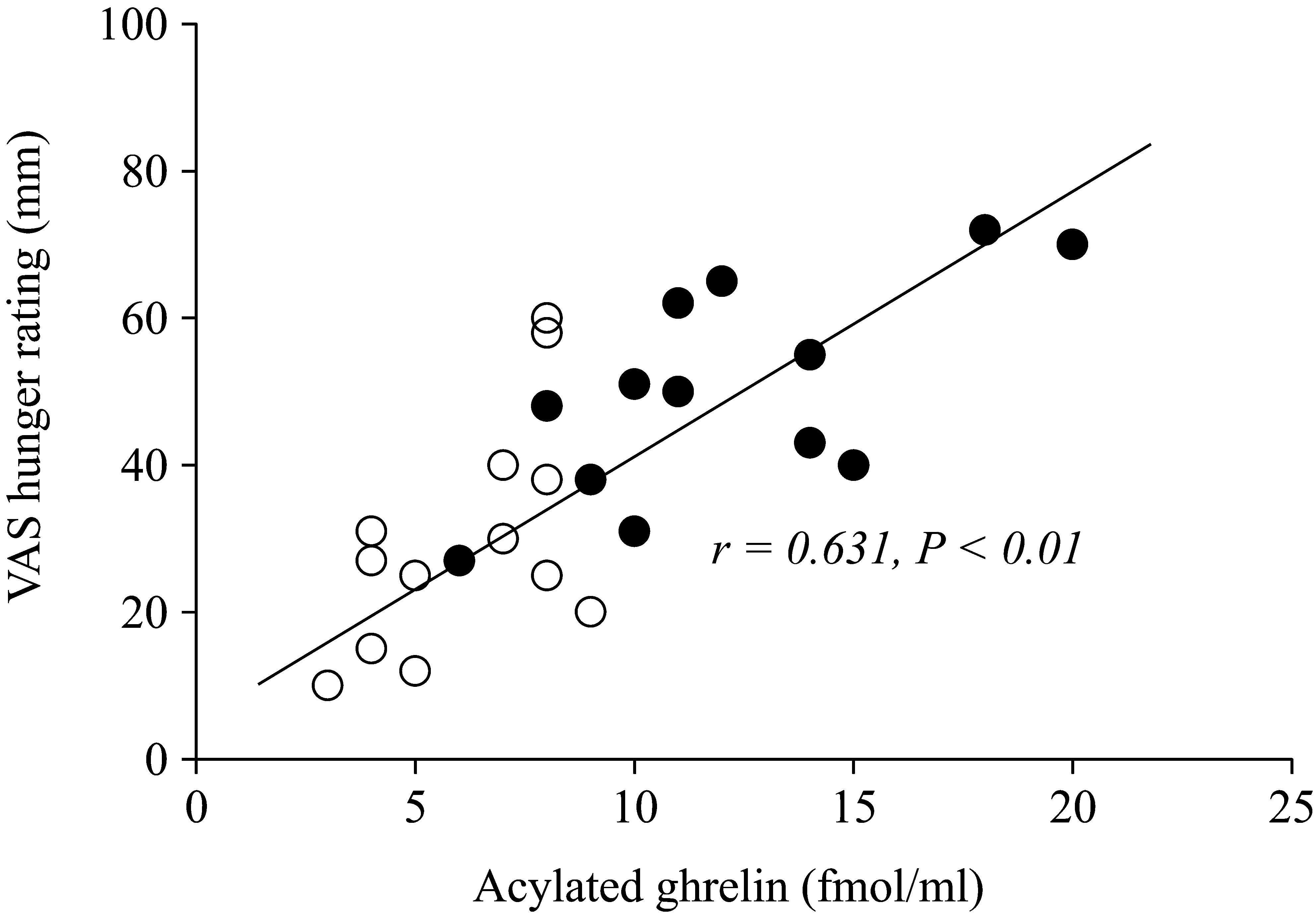 Relationships between acylated ghrelin concentrations and hunger scores at t = 30 (after the end of walking) in the walking in water (○) and on land (●) trials.