Bromocriptine and insulin sensitivity in lean and obese subjects

Sixteen subjects were recruited by public advertisements in the Academic Medical Center (AMC) in Amsterdam and on websites for trial subjects, between October 2014 and August 2015.

Eligible for the study were healthy, Caucasian males between ages 18 and 35 years, with a stable weight for at least 3 months before inclusion. The subjects were either lean (BMI 19–23 kg/m²) or overweight (BMI >27 kg/m²). The included subjects were age matched (lean vs overweight). None of the subjects had contraindications to the use of bromocriptine (e.g. known hypersensitivity to bromocriptine, uncontrolled hypertension, a known history of coronary artery diseases or valvulopathy, a history of severe psychiatric disorders, prolactinomas), as determined by history, physical examination and blood screening. Other exclusion criteria were use of prescription medication or drugs or a foreseen aberrant lifestyle (e.g. excessive physical exercise, night shifts, excessive alcohol intake) during the study period that would potentially influence the outcome. All subjects gave written signed voluntary informed consent before participation. The protocol was approved by the Medical Ethics Committee of the AMC. All procedures performed in this study were in accordance with the ethical standards of the institutional research committee and with the 1964 Helsinki declaration and its later amendments or comparable ethical standards.

Power calculation was performed using nQuery Advisor and was based on a previous study (11). Assuming an alpha of 5%, 6 subjects were needed in each group to reach a power of 80%. To enlarge power and to allow for unexpected findings, two extra subjects per group have been included. This led to a total of 16.

This open-label randomized prospective cross-over mechanistic study consisted of 8 lean and 8 overweight subjects. All participants used bromocriptine for a period of two weeks in the morning and a period of two weeks in the evening according to a software-driven randomization order (Castor Electorinic Data Capture (EDC), Amsterdam, The Netherlands). The periods were separated by a wash-out of at least two weeks (Fig. 1). The daily bromocriptine dose administrated was 1.25 mg (orally) during each first week and 2.50 mg during each second week. So, the study consisted of two separate investigation periods with two pre-exposure measurements (visits 1 and 3), after which bromocriptine was used according to the randomization (i.e. bromocriptine in the evening or morning), which was followed by an investigation day (visits 2 and 4).

For all study visits, subjects arrived in the morning at the clinical diabetology department after an overnight fast. Each of the four visits consisted of the same measurements. Subject’s weight, wearing underwear only, was measured to the nearest 100 g on a calibrated mechanical scale (SECA, Hamburg, Germany). Energy expenditure (EE) was measured, and a cannula was inserted into an antecubital vein to obtain blood samples during the oral glucose tolerance test (OGTT). Subjects were instructed to keep their diet as constant as possible during study participation. To check for possible changes in eating behavior between visits, the subjects were asked to record their diet of the 3 days before each visit. On visits 2 and 4, subjects were asked whether they experienced any side effects; furthermore, adequate use of the bromocriptine was controlled by pill count.

Energy expenditure (EE) was measured using a ventilated hood system (Quark RMR Canopy). Subjects were instructed to minimize physical activity (e.g. avoid walking stairs) in the morning before the visit. Before the EE, subjects had to rest for thirty minutes on a bed. During the EE, subjects were not allowed to sleep, talk or move. The EE was performed in a thermoneutral room of approximately 21°C (69.8°F). Respiratory quotient (RQ) and EE values (kcal/day) were measured by indirect calorimetry at 1-min intervals during 20 min after a stable phase had been reached.

Statistical analysis was performed with IBM SPSS Statistics 22. Data were continuous and not normally distributed; to test for possible statistically significant differences between groups, the Mann–Whitney U test was used for unpaired data and the Wilcoxon signed-rank test for paired data. Values are presented as median and full range. P < 0.05 was considered statistically significant.

The relative differences (100 * absolute value after exposure)/(absolute value pre-exposure) were used to compare the effect of bromocriptine between the lean and obese subjects.

Effect of bromocriptine on insulin and glucose levels during the OGTT

Effect of bromocriptine on insulin sensitivity

Bromocriptine in the morning or evening had no significant effect on the AUC for HOMA-IR in lean subjects (Table 2).

In obese subjects, variation in the administration of bromocriptine (i.e. morning vs evening) had no significant effect on fasting insulin sensitivity compared with the pre-exposure visits.

Difference in effect of bromocriptine between lean and obese subjects

To compare the differences in effect of bromocriptine between lean and obese subjects, we calculated the relative effect compared with the pre-exposure visit.

Bromocriptine effect in lean vs obese.

Effect of bromocriptine on energy expenditure, weight and diet

Bromocriptine administration in the morning or evening had no effect on EE, RQ or weight in both obese and lean subjects (Table 2). There were no changes in diet, which could explain for the differences found in insulin sensitivity.

Bromocriptine stimulates D2-receptors, both presynaptically and postsynaptically. The presynaptic D2 receptor is located on the cell body of dopaminergic cells, and stimulation of this receptor reduces dopamine release (feedback mechanism). The postsynaptic receptor is located at the nerve terminal level, on non-dopaminergic neurons or tissues, and plays a major role in dopamine signaling. Because bromocriptine directly stimulates dopamine D2-receptors, the overall clinical effect of bromocriptine administration is mainly related to the effects on the postsynaptic receptor (20), and to a lesser extent to discrete lowering of dopamine concentration via stimulation of D2-autoreceptors.

Interestingly, imaging studies showed quite consistently lower striatal dopamine D2/3-receptor binding in obese compared with non-obese subjects, which supports the hypothesis of a hypo-dopaminergic state in obese subjects (21). This lower D2/3-receptor binding can be explained by a lower expression and/or lower binding capacity for dopamine due to obesity-related conformational changes of the receptor (e.g., increased sensitivity of the receptor for dopamine). Because the insulin sensitivity is most likely related to an altered dopaminergic state, the effects of bromocriptine were expected to be more pronounced in obese compared with non-obese subjects. This is also illustrated when directly comparing the effects of bromocriptine between the lean and obese subjects in our study, showing that the effect of bromocriptine administration in obese subjects was more pronounced than in lean subjects.

The diurnal changes in insulin sensitivity and glucose metabolism, which are apparent in healthy individuals, are diminished or lost in obese patients with persistent insulin resistance (22).

Despite the fact that our obese subjects were normoglycemic, they were significantly less insulin sensitive than the lean control group. So, their circadian dopamine rhythm might be disturbed, and the timed administration of bromocriptine in the morning might have restored the diminished circadian dopamine peak and thereby improved insulin sensitivity (3, 16). Indeed, administering bromocriptine within 2 h after waking up, has been shown to prevent or even reverse insulin resistance in humans (23), because it mimics the physiological peak of dopamine in the morning.

In this study, we were unable to confirm the results found in our previous study, in which bromocriptine administration led to a decreased insulin sensitivity in young, healthy and lean subjects (11). A reason for this might be the difference in time when the OGTT was performed. In our previous study, the OGTT was performed at the end of the testing day in the afternoon, whereas in this study the OGTTs were performed in the morning. Both duration of fasting preceding the OGTT and the time of the day might affect the results of the OGTT (24). Furthermore, carbohydrate intake preceding the OGTT might also influence the results of the OGTT (25).

This study has several limitations. Due to the relative small sample size, external influences have a relatively large impact. Nonetheless, there were no significant changes in diet, which could explain for the differences found, subjects did not alter their lifestyle during the trial (e.g. physical activity, alcohol consumption, sleeping habits), and none of the subjects became ill during the trial.

Furthermore, we used an open-label randomization; this might have influenced the behavior of the subjects and in such way that it may have influenced the results. However, the randomized order of bromocriptine administration has helped to prevent this possible effect, and there were no changes in diet during the trial.

We used a standard bromocriptine preparation instead of a quick-release variant. Standard bromo­criptine preparations differ from the quick-release variant in its pharmacokinetics (e.g. bioavailability, peak levels) (16). The tablets were taken unsupervised at home, which may have resulted in inadequate use of the bromocriptine. However, the pill count was correct for all subjects and therefore the chance of inadequate use seems to be small. The daily bromocriptine dose administrated was 1.25 mg (orally) during each first week and 2.50 mg during each second week. Both the treatment period as well as the used dosages may not have brought out full therapeutic effects, leading to an underestimation of the effect because the recommended dose used to treat diabetes mellitus type 2 is 4.8 mg of the quick-release formulation. Furthermore, we used standard dosing of bromocriptine, so there was no difference in dosing between the lean and obese subjects; the bromocriptine dosage was not corrected for BMI or bodyweight. However, a correction of the bromocriptine dosage according to BMI or bodyweight would have resulted in higher dosages for the obese subjects and would most likely have resulted in larger effects compared with the lean subjects. So, if anything, our results most likely underestimate the effect of bromocriptine in obese subjects. Nonetheless, future studies are needed to determine whether BMI or bodyweight influences the effect of bromocriptine and whether this has consequences for the administration of bromocriptine in clinical practice.

Lastly, the results we found apply to Caucasian, young, male subjects. It is unknown whether they can be translated to the general population. Nonetheless, our results are in line with the effect of bromocriptine on insulin sensitivity found in other trials.

This work did not receive any specific grant from any funding agency in the public, commercial, or not-for-profit sector. 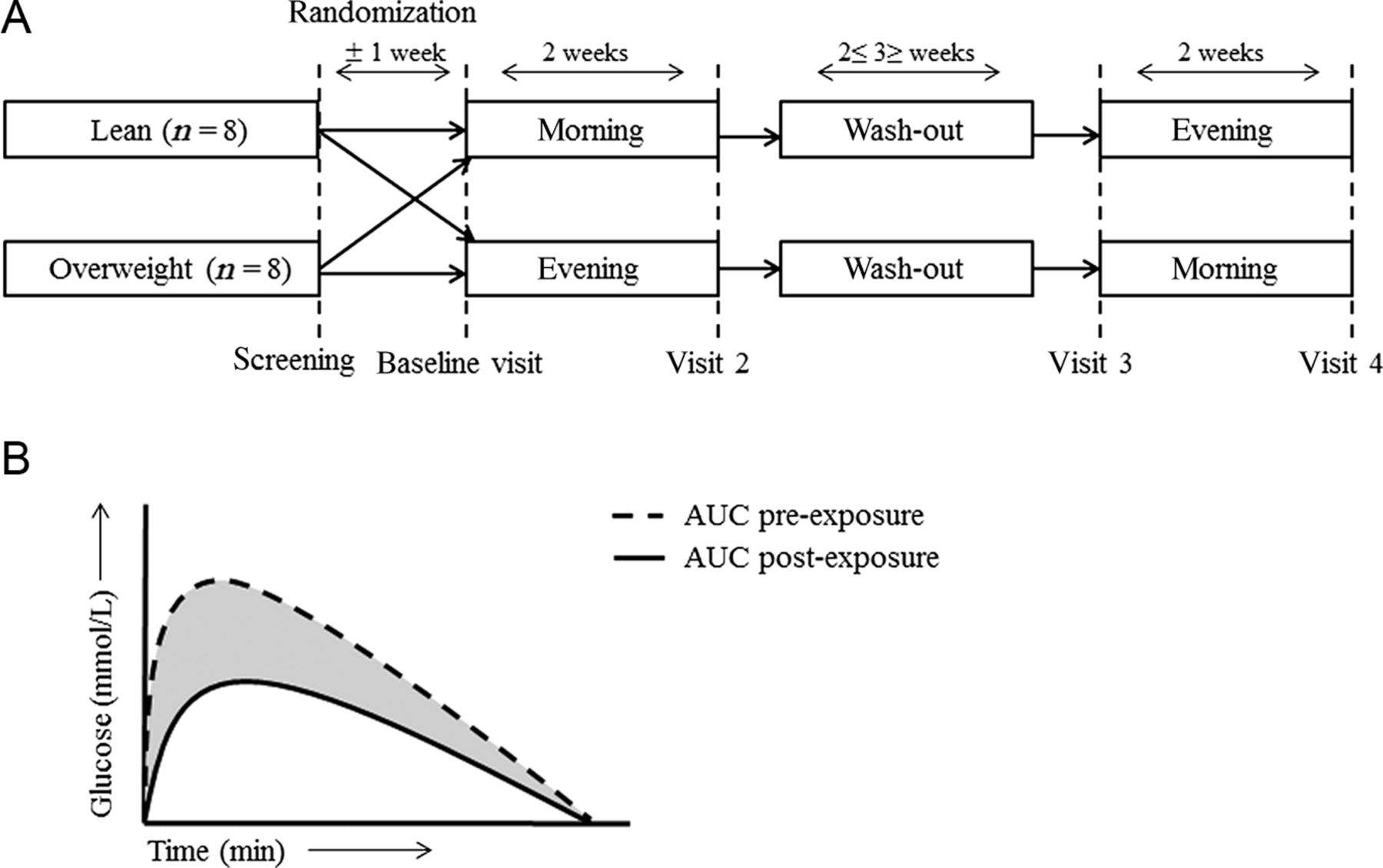 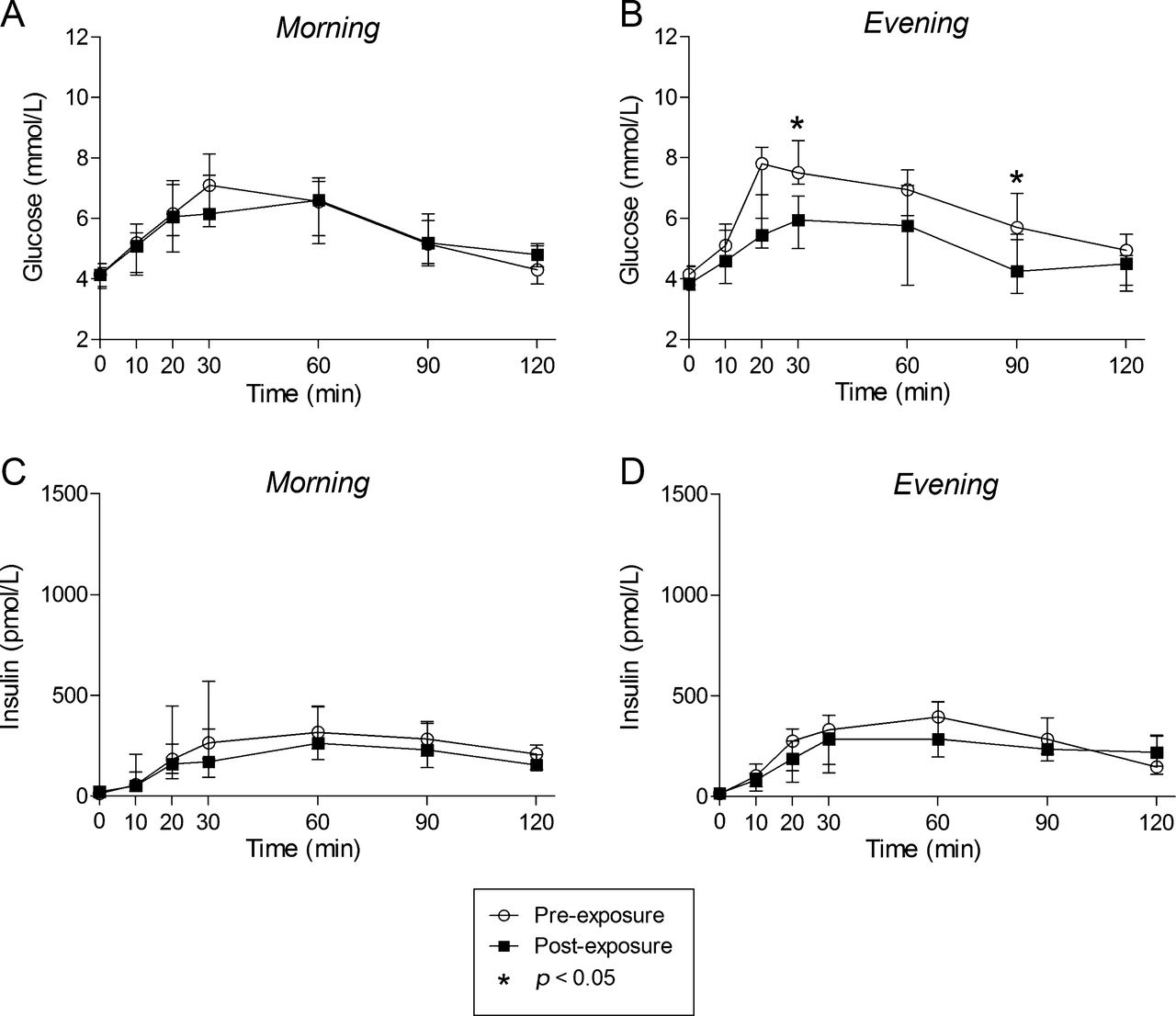 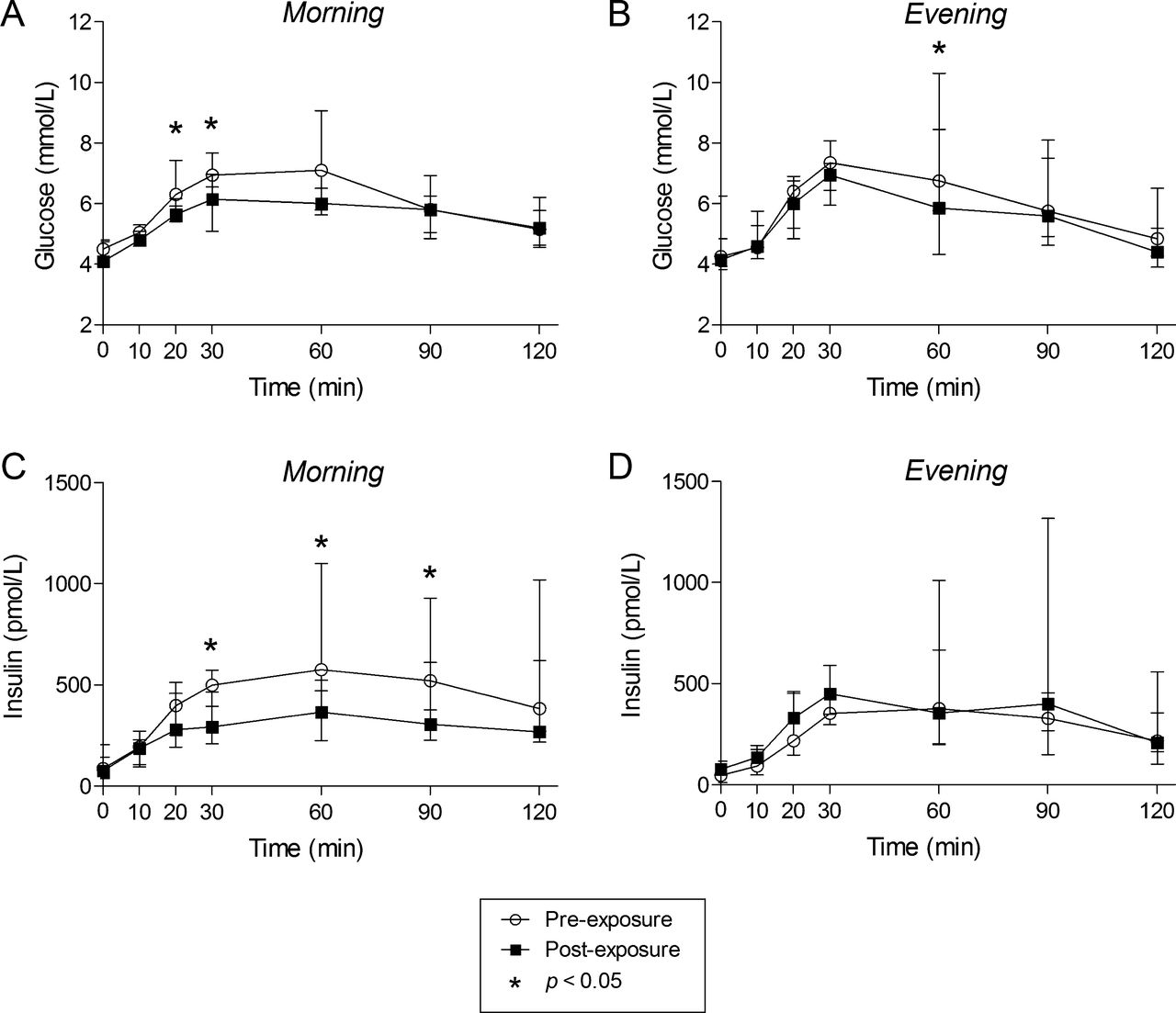